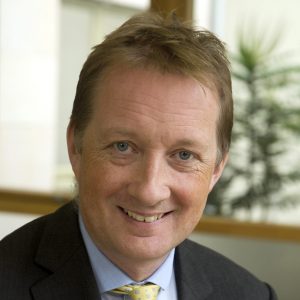 Andrew Eustace is the Medical Director of Highfield Healthcare.

A graduate of the Royal College of Surgeons in Ireland, he completed his general medical training attaining his medical membership in 1996.  He commenced training in psychiatry securing his MRCPsych in 1999 and worked as a Research Fellow in the Mercer’s Institute for Research in Ageing publishing in the area of dementia.  Following completion of his Higher Training in Psychiatry of Old Age in 2003 he took up a full-time consultant psychiatrist position in Highfield Healthcare and has maintained this area of interest with the opening of the Highfield Healthcare Memory Clinic.

He has published extensively in the areas of recognition of early dementia and behavioural problems in dementia.  Since then he has completed further studies in Cognitive Behavioural Therapy and has provided the clinical lead in the development of the acute psychiatric unit here in the Hampstead Clinic commissioned in June 2012.  Within the general adult acute mental health services, his particular interest and expertise is evident in psychopharmacology and treatment of resistant depression and bipolar disorder.  Having worked in community psychiatry he has been committed to the development of a Day Hospital service to complement the inpatient unit and has been integral to its development and commissioning in November 2016.  Dr. Eustace also provides a liaison psychiatric service to the Mater Private Hospital, Dublin. 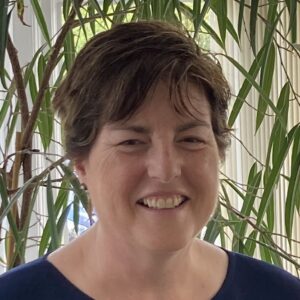 Dr Miriam Kennedy is the Clinical Director of Highfield Healthcare.  She is a dual qualified Consultant Psychiatrist in both general adult psychiatry (over 18 until 65 years) and Later Life (over 65) with a particular interest in Depression. She also has, for many years, focused on the role of stress in illness, on empathy , hope and resilience factors in recovery and of non-pharmacological approaches in depression and in dementia.  With an additional doctorate in medical physiology and a qualification in interpersonal psychotherapy (emphasising the effect of relationships and environment on mood and vice versa) her approach emphasises a holistic person-centred view.

She also works with a multidisciplinary team in Highfield Hospital and the Hampstead Clinic inpatient and day hospital services, who incorporate this person centred approach into treatments.   Dr Kennedy’s experience in education, teaching and learning at both undergraduate and postgraduate levels convinces her that the capacity to heal, to improve quality of life after illness and/or life trauma or crises and to alleviate distress is great. Research and professional interests include capacity and consent to treatment and medical education. 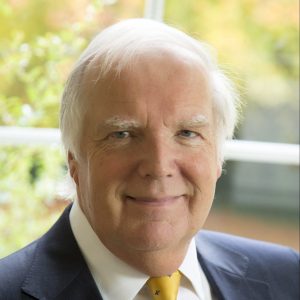 Dr. Denis Eustace is a Consultant Psychiatrist of Later Life, a position he took up in Highfield Healthcare in 1983. Prior to joining Highfield Healthcare he worked in Canada as a Consultant Psychiatrist. When he returned he became the Clinical Director, a position he held for over thirty years. During this time he had been responsible for developing and expanding services in dementia care. He opened Ireland’s first dementia dedicated unit in 1990 and subsequently a High Dependency Unit,  as well as a centre for Enduring Mental Illness.

More laterally he was actively involved in the development of a new two hundred bed facility that opened its doors in 2012. Today he continues to work as a full time Psychiatrist practicing in both disciplines of General Adult Psychiatry and Psychiatry of Later Life. 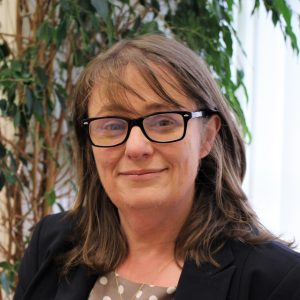 Dr Bowe has a background in service development and has previously worked with the Genio in the role of Programme Manager for Mental Health. Her publications include being lead author on a book “Home not Hospital” which looks at the evolution of Ireland’s first home treatment team. Her area of interest is in the delivery of recovery focused Mental Health Services. Marina has provided “Recovery Consultancy” to the National Advancing Recovery in Ireland initiative. She has had additional training the areas of personal recovery and social role valorisation. 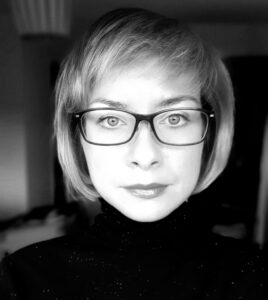 Prior to coming to Ireland in January 2021, Dr Anna worked for 3 years as a Consultant Liaison Psychiatrist in Worcestershire Health and Care NHS Trust in the UK.  She led a team which handled the most complex patients with skill and expertise.  Her expertise lies in assessments, diagnosis and management of psychiatric conditions typical for older adults: existing or suspected new mental / neuropsychiatric disorder such as: dementia, delirium, mood, anxiety and psychotic disorders.

Dr Anna strongly values the opportunities to offer holistic assessments and management of patients across different age groups presenting with mental health needs concurrent with physical health conditions.  Her specialist knowledge and skills were developed during her postgraduate psychiatric training in West Midlands UK. She also gained a postgraduate degree in Medical Education from Warwick University, UK which informs her work and teaching as a reflective practitioner and passionate trainer.  Being passionate about her work, Dr Anna chaired the West Midlands Old Age Psychiatry Higher Trainees Peer Group (2015-2016) and organised 2 conferences jointly with colleagues on ‘Neuroimaging in Dementia’ and ‘Dementia – Caring for Mind and Body’ which were a great success. 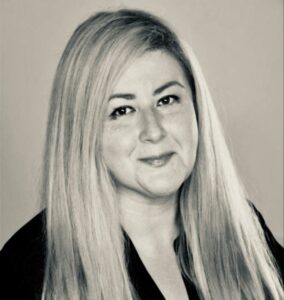 Dr Iulia Dud qualified in Medicine in Romania with an encolated Masters Degree and following a distinguished undergraduate career went on to complete basic and higher specialist training in Ireland and UK. She is Dual Specialist trained in both General Adult Psychiatry and Learning disabilities, with a strong interest in Biological Psychiatry and Academia.

She has trained in a variety of clinical settings, both in the public and private sector, inpatient and community-based treatment, day hospitals, urban and rural areas, in Ireland and abroad.  Clinically she gained invaluable experience in the South London and Maudsley NHS Trust, London where she worked on a tertiary specialist team with further training across a wide range of neuropsychiatric presentations, including catatonia, Huntington disease, neurodevelopmental disorders. She continued her interest in this field training for a number of years as a Senior Registrar with the Neuropsychiatry and Liaison services in Beaumont Hospital.

She combines an active interest in Academic Psychiatry with an ongoing active role in undergraduate and postgraduate medical education and training, as a Senior Lecturer with the Royal College of Surgeons of Ireland (RCSI). She worked as a Lecturer /Tutor over the years primarily with RCSI, but also with Trinity College Dublin, University College Dublin in Ireland, Kings College in London and Victor Babes University of Medicine and Pharmacy Romania. She has published in a wide variety of journals and continues to express a keen interest in evidence based practice of clinical psychiatry.

This website uses cookies to improve your experience while you navigate through the website. Out of these, the cookies that are categorized as necessary are stored on your browser as they are essential for the working of basic functionalities of the website. We also use third-party cookies that help us analyze and understand how you use this website. These cookies will be stored in your browser only with your consent. You also have the option to opt-out of these cookies. But opting out of some of these cookies may affect your browsing experience.
Necessary Always Enabled

Performance cookies are used to understand and analyze the key performance indexes of the website which helps in delivering a better user experience for the visitors.

Analytical cookies are used to understand how visitors interact with the website. These cookies help provide information on metrics the number of visitors, bounce rate, traffic source, etc.

Advertisement cookies are used to provide visitors with relevant ads and marketing campaigns. These cookies track visitors across websites and collect information to provide customized ads.

Other uncategorized cookies are those that are being analyzed and have not been classified into a category as yet.

SAVE & ACCEPT
Powered by

Please continue to  follow hand hygiene and wearing of  masks while on our premises.

At Highfield Healthcare, the health, safety and wellbeing of our residents, patients, staff, volunteers and visitors is of paramount importance to us.

We are regularly updating our plans for all services and will keep families updated with any details regarding visiting your loved ones.